The wall is a simple pattern. But you can do some fairly complex things with it. It is where three numbers are already in a row or column within a box. Figure 1 shows examples of wall patterns. 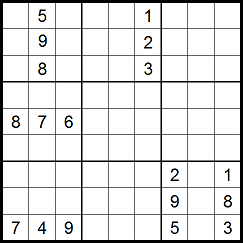 The image above shows several wall patterns in different locations. In box 1 the 598 wall is in the middle column (column 2). Box 2 has a wall in column 6, which is on the right hand side of the box. Boxes 4 and 7 have walls in rows, in the middle row of box 4 and the bottom row of box 7. You get the idea. Now how can these help us?

Figure 2 shows how you can benefit from this pattern. 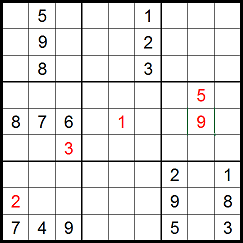 Watch this video for more information about and examples of the wall pattern.